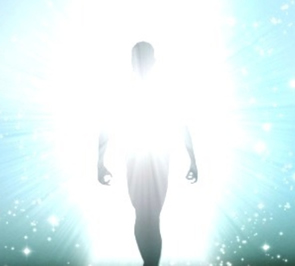 When I was 17, I discovered Allan Kardec's Spiritism, reading "The Spirits' Book". I liked it because it clarified several issues. I read later "The Medium's Book" by Allan Kardec, which I recommend because it is very good. If you want to know a little more about the Spiritist doctrine, you can read "Heaven and Hell" or: "What is Spiritism" (Allan Kardec).
Modern Spiritism, also known as Kardecism or Kardecist Spiritism, is a philosophical and spiritual doctrine codified by the French Léon Denizard Rivail in mid-1857, better known by the pseudonym Allan Kardec. Initially (in 1855), he attended spiritist sessions (phenomena of talking tables, floating tables), incorporation, and mediumship.
He later published works entitled "Spiritist Codification", where he mentioned his research and received instructions (messages) from a spirit guide. 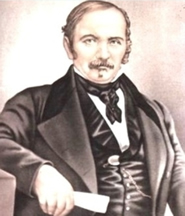 Spiritism became a little more intellectual, i.e, the study of phenomena, with its own and more scientific terminology, lectures, and clarification of various issues, while the oldest and most archaic Spiritism (Umbanda, Candomblé, and Shamanism) is dedicated to the more ritual practice and incorporation of energies and entities.

According to the International Spiritist Council, Spiritism is represented in 36 countries around the world, being more widespread in Brazil, where it has about 3.8 million followers, according to data from the Brazilian Institute of Geography and Statistics (IBGE), and over 30 million supporters. Similarly to Umbanda's syncretism (associating Orishas with Catholic Saints), Spiritism, in order to be better understood or accepted, incorporated Christian teachings, spread many Jesus messages, and advocated monotheism, among other things.

But they also adopt Buddhist concepts (reincarnation, chakras, aura, karma). And there is little resemblance to Reiki in that they do magnetic passes and fluid therapy, although the processes may be different (spiritual guides and entities sending energy through the medium, or similar processes), it is energy healing.

The Spiritist doctrine states that all the globes that move in space are inhabited, because God has done nothing useless. It also states that earthly man is far from being the most evolved among all the inhabitants of the Universe (The Spirits' Book, question no. 55).
This reminds me of the theory of the multiverse, of quantum physics. I believe it is not just other planets in the solar system or other systems, but other inhabited worlds.
But spiritualism still hints that beings from other planets may be in another appearance or less dense form (energetic or spiritual beings) not visible to our satellites, so these planets may seem uninhabited because we see no evidence of life there. But life may be at another higher frequency, beings not visible in our light spectrum.

What I have known about Spiritist doctrine (in a federated center, it is worth underlining) is that it clarifies many questions, helps us to improve as human beings and to better understand our mediumistic faculties, and promotes humility (they say we all have mediumship and no one is special or better than anyone else because he is a medium).
They do not judge, I was always free to come when I wanted to, or to go months without showing up, for example, no one forced me to go (as certain churches do) nor did they judge me if I enjoyed reading esoteric books or other teachings.
These were some of the positives I highlight.

I also like to read about spiritualism or esoteric spiritism, including spiritual channelings of Ramatis, Kryon, Bashar, beings of the intergalactic confederation, Ascended Masters (Theosophy, Hermeticism) among others. Whatever serves to lift our spirits is good.

This was not a very long introduction, there would be much more to say, but the aim was to make known only a little of Spiritism.

Here are some phrases from "The Spirits' Book":

«Do not worry about the opposition; Whatever do against you will be in your favor, and your greatest adversaries will unwittingly serve your cause. ”

"Leaving the future life to be veiled by doubt, man will better understand that through the present he is prepared to prepare the future."

“Free will is the ability to choose to make decisions of one's own accord. “Because you have the freedom to think, you have to act. Without free will man would be a machine »

«Where can you find proof of God's existence? In an axiom that you apply to your sciences: there is no effect without a cause. Seek the cause of all that is not the work of man, and your reason will answer you. »

"The wise, to be happy, look below and never above, except to lift his soul to infinity."

Can Spirits reincarnate in Animal Shape?

According to spiritualism, I do not share the same view, this ancient concept was metempsychosis and predominated in some religions such as Hinduism. Human spirits belong to another spiritual realm, always evolving. In their multiple bodily existences they may slow down but never regress. The speed of your intellectual and moral progress depends on your efforts to improve yourself.

It is a faculty born with every human being, but some in a sleeping state, regardless of their religion or doctrinal guideline of life. There are different medianimic faculties (so it is written instead of mediumistic as popularly said), from clairvoyance, telepathy, clairvoyance, precognition, which in parapsychology are known as extrasensory perception (ESP).

Can We Reincarnate on Other Planets?

Yes. Based on the theory of the plurality of existences and inhabited worlds, the spirit can reincarnate into any of these worlds. Emigrating from Earth, the spirit leaves its fluidic shell (perispirit) and forms another appropriate to the world where it will dwell.

How do Spirits act over Matter?

What is the Magnetic pass? 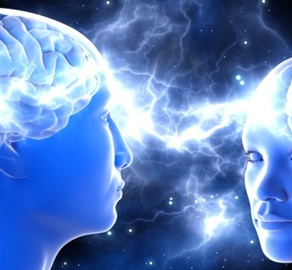 According to the Mediums' Book, there are different types of mediums. I prefer to say; types of mediumistic faculties, for indeed the book describes the various types of extrasensory faculties.

They are those able to produce material phenomena, such as movements of inert bodies or noise.
They can be classified into facultative mediums (those who produce the spiritist phenomena of their own accord and are fully aware of what they are doing), and involuntary mediums who have no consciousness or desire to produce phenomena.

These are mediums who can sense the presence of spirits by a vague impression and who can recognize whether the spirit is good or bad through subtler or heavier sensations as appropriate.

They are those who hear the voice of spirits and can talk directly with them.

They are the ones who transmit the communications of the spirits through speech.

They are endowed with the ability to see spirits. Among the psychic mediums, some see only the evoked and others who see the whole population of spirits.

In this kind of mediumship, the spirit of the medium sees, hears and perceives the other spirits while sleeping. Edgar Cayce was a famous sleeping medium.

They are those who heal by simple touch, look or even a gesture, without the use of any medication.

They transmit the communications of spirits through writing (psychography). These mediums can be divided into three categories: mechanical, semi-mechanical and intuitive. Mechanics are unaware of what they write, and the influence of the medium's thinking on communication is almost nil.
Semi-mechanics partially interfere with communication. Intuitives, on the other hand, receive the idea of the communicating spirit and interpret it, developing it with the resources of their own moral and intellectual possibilities.