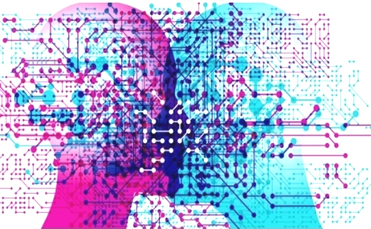 It is a phenomenon of quantum mechanics that allows two or more objects (or particles, etc.) to be so closely linked that an object cannot be correctly described without its counterpart being mentioned, even though the objects may be spatially separated by a million light years. Two particles in quantum entanglement become one entity.

This phenomenon is not merely theoretical; it is real and proven in the laboratory. In fact, quantum entanglement is the basis of new technologies such as quantum computing, quantum cryptography, and quantum teleportation, and experiments on particles have already been conducted. So, after this little explanation, let's move on to the spiritual part.

Why is the concept of quantum entanglement so widely used in spirituality websites and books?

If two or more particles, as objects, can be energetically linked at a distance, so can we humans.
Thus, various phenomena can be explained by quantum entanglement.

Rituals of magick and spells (remote action, intertwining between magician and target person).

When a person's object (which contains that person's energy or DNA) or strands of hair are used in a spell, there is a remote energy connection to that person. The basis of this is quantum entanglement as well.

Do you understand what this could mean? It is not just subatomic particles that interact at a distance; mirrors weighing 40 kg in an experiment at MIT LIGO had the same behavior.
This can prove that spirituality is right when they say that human beings are energetically connected at a distance, when talking about remote healing (reiki, etc.) and magic (influence at a distance from people and situations). It finally opens up an unlimited range of possibilities.

The researchers observed quantum fluctuations 'kicking' large objects, such as mirrors, moving them to a small degree, but large enough to be detected.
This behavior had already been predicted by quantum physicists. But it has never been measured before.
The movements are the result of the way the universe is structured, when seen at the level of quantum mechanics: the researchers describe it as an "active" space, where virtual particles are constantly emerging and submerging in and out of existence, which creates a low-level mess all the time.
Usually, this quantum "noise" backdrop is too subtle to be detected on visible objects on a human scale. But new research shows that scientists have finally detected these movements, using new technologies to observe such fluctuations.

Researchers at the MIT LIGO Laboratory saw that these fluctuations could move an object as large as a 40 kg mirror. A small amount of movement caused the large mirrors to move a little, as predicted by the theory. This allowed scientists to measure the movement.
The researchers were able to use special equipment called quantum squeezers that allowed them to "manipulate" the noise so that it could be better observed.

"What is special about this experience is that we saw quantum effects in something as big as a human being."
«Also, in all the nanoseconds of our existence, we are affected by these quantum fluctuations.
It's just that the tremor of our existence, our thermal energy, is too big for these quantum vacuum fluctuations to affect our movement in a measurable way. With LIGO mirrors, we did all this work to isolate them from thermally driven movement and other forces, so that they are now still sufficient to be affected by the quantum fluctuations and the 'seizure' of the universe.»

To see the changes, the researchers used the LIGO equipment that was built to detect gravitational waves. To do this, they built two pieces of equipment in different parts of the USA, which send light through long tunnels, where it is reflected in a mirror and sent back to where it originated. The mirrors in both installations must return to the same point at the same time, unless a gravitational wave disrupts your journey.

In the experiment, the researchers used the very precise measurements of these mirrors and the unusual conditions of the LIGO detector to measure any possible quantum 'kick'.
Using quantum fluctuations and mirror movements, they were able to see what was going on inside the equipment.

Lee McCuller, a scientist at the Kavli Institute of Astrophysics and Space Research at MIT, said:
“This quantum fluctuation in the laser light can cause radiation pressure that can actually kick an object. The object in our case is a 40 kg mirror, a billion times heavier than the nanoscale objects in which other groups measured that quantum effect.» 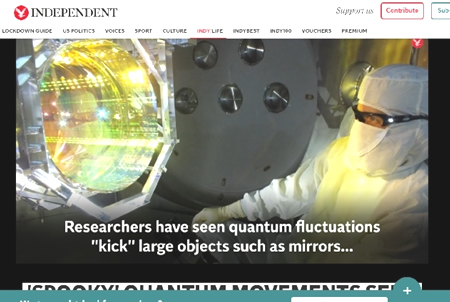