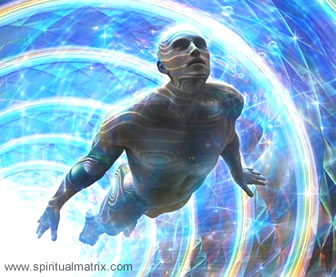 In a short description, metaphysics is the science that studies phenomena beyond physics, that is, a postmaterialistic science.

What would look like the inhabitants from each dimension according to some theories:

Dimensions vary in density depending on their frequency. They are like radio waves at different frequencies. It is important to note that perceiving other dimensions is different from being aware of them, being awake and being able to move freely from one to another.

First Dimension (1st D):
Relative to length. The inhabitants are one-dimensional beings.
They communicate only through sensations: cold, heat, taste, etc. They do not consciously perceive other dimensions or formulate concepts. They have perceivable bodies in the 3rd dimension and leave a trail (imaginary or not) as they move. Examples of one-dimensional beings: worms, slugs, and creeping beings.

Second Dimension (2nd D):
Relative to Width.
Two-dimensional beings.
They communicate through sensations and perceptions (the 5 senses).
They don't consciously perceive other dimensions (with the exception of cats, which can "perceive" the higher dimensions).
They haven't formulated concepts yet. However, there are different evolutionary levels of these beings according to the Samsara wheel of reincarnation.
Some may already understand small commands, but there is still no conceptualization of them. They also have noticeable bodies in the 3rd dimension.
Examples of two-dimensional beings: animals.

Third dimension (3rd D):
In relation to height.
Also called the physical or tri-dimensional world, is governed by the physical laws of the 3rd Dimension.
Three dimensional beings. They communicate through sensations, perceptions (the 5 senses) and concepts. You can consciously perceive the other dimensions as long as you have worked spiritually on your conscience. Three-dimensional being: human being.

Fourth dimension (4th D):
Relative to Time.
Known by science as 4th coordinate or hyperspace.
Four dimensional beings. Also known as the etheric world (aether).
It is known by religions as "Heaven". Governed by the laws of 4th.
It is divided in two regions:
Lower region - science of the "black jins". Region inhabited by "witches", and other negative elements.
Upper Region - science of the "white jins", the elementals of nature. Inhabited by elemental beings, angelic beings (in energetic form) etc.

Fifth dimension (5th D):
Regarding Eternity (beyond time, outside time).
The 5th dimension is where we can investigate many things from the past and future using the astral body and the mental body. It is an opportunity to discover mistakes and successes as we have access to the 'Book of Life' (akashic records) where the individual debts and credits are. It is possible to find out the exact moment of our next incarnation.
The ego does not exceed this dimension. But if we do not practice conscious astral travelling, we are always at the mercy of the ego's pitfalls in this dimension, for it creates diverse, often beautiful, forms to allow the self to continue manipulating our will.
Without awareness in this dimension (without the practice of conscious astral travelling) we are also at the mercy of the attacks of the black mages and their terrible powers. The 5th D is divided into two worlds (astral and mental), which are subdivided into lower and upper:

Astral World:
Lower Astral World:
Religions call this region limbo, because the living and the dead go there. It is for this region that we go in the “unconscious” astral travelling (dreams).

Higher Astral World:
Inhabited by beings of Light.
The divine courts of justice (charged with judging Karma and Dharma). Here are the angels of death, in charge of the processes of dismissal.

Sixth Dimension (6th D):
There are the first electric worlds (spiritual sun).
It is beyond eternity itself. It is the abode of the Essence. It can be explored only by real meditation, which can release the ego-trapped essence.

It's divided into:
Causal World: Religions call this region "heaven." It refers to the causal body, built by the conscious will (authentic man). Human soul.
Buddhic world (Buddha body). Divine soul.
In the causal and buddhic worlds are the souls of human beings.

Seventh Dimension (7th D):
Integrates the electric worlds.
Known as zero region or Zero dimension.
It is the abode of the cosmic Divine (or Absolute) being.
It is the home of our sacred Innermost.
Where will we return to, with the total elimination of the ego, but only after the acquisition of total consciousness, the fabrication of the solar bodies, the soul, the spirit and the incarnation of our Innermost ...
Here's a long path to go through... 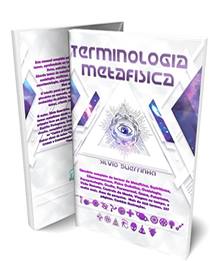