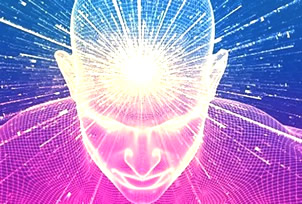 What is parapsychology?
Although there are different definitions, either in Wikipedia or from various authors, each one defines in its own vision. My definition of parapsychology is that it is a parascience, which is a science that goes beyond the usual and studies the paranormal phenomena, i.e., paraphysical. In this sense, metaphysics is similar.

I have a broader view of parapsychology and encompass in this branch a wide range of phenomena, from mediumship, psychic development, poltergeist and other manifestations of extraphysical entities, projection of consciousness, remote viewing, distance healing, instrumental transcommunication, among others.
Parapsychology students generally want to take a more scientific approach to the phenomena they study and tend to distance themselves from the themes of spiritualism and occultism, which they consider superstition or folklore, but I do not separate things.

The practices of spiritualism, shamanism, occultism, and all spiritual phenomena are the same as studied by parapsychology; only the names and expressions are different. A spirit or ghost, from folklore, may have a different name depending on the line of study. We may call it an extraphysical entity, energetic construct, spectral apparition, etc. A spell, as it is commonly known, can have a more technical name if we have imagination, such as: intentional energetic vectoring, psychoenergetic ritual event, and so on.
Precognition can have a technical name like: indirect hyperesthesia of thought, anomalous cognition, but names are just garments, different ways of calling the same phenomenon, understand? Every day, new expressions and terms come up, created by various authors. What Spiritism calls mediumnistic faculties, parapsychology calls extrasensory perception (ESP) as clairvoyance, precognition, telepathy, retrocognition, and others.

OOBE (Out of Body Experience) can be intentional or unintentional. When someone has an accident and is in a coma, they sometimes remember being floating in their astral body in the operating room. This experience is spontaneous and non-voluntary, as sometimes in dreams: astral travelling. Other times, we have these experiences in an intentional way (astral travel, projection of consciousness in meditation, or in magical rituals or ecstasy).
What we know as the aura can be called a biophotonic field, for example.

Some well-known faculties, such as psychokinesis (action of mind over matter), I believe to be real, but sometimes these faculties have been overvalued or overstated. The effects are not always as surprising as in Hollywood movies. In other words, I believe that sometimes the effects are microscale (micro PK) instead of macroscale. Sometimes it can happen spontaneously through psychokinesis, without the individual controlling or being aware of it (e.g., a falling drawer, a cracking glass, disappearance of a ring or key from his hand, etc.), but without large impact or surprising large-scale mutant effect.
Marvel heroes don't exist in real life.

Nowadays Quantum physics itself also studies the nonlocal properties of human consciousness and the holographic brain, science and spirituality are creating connection bridges.

Phenomena such as remote healing (Reiki, healing, and others) or spells are always ways of directing energy toward another distant person, either for good or ill, parapsychology defines these operations as bio-Pk or DMILS (Direct Interaction of the Mind over Living Systems).

When I see websites whose authors claim that parapsychology doesn't study occultism or magick, I wish to laugh. They claim this only for fear of ridicule and distance, poor things.
Or they do not strictly understand anything about the occult. Thousands of years ago (before parapsychology ever existed) shamans practiced magic.
Any magical ritual or magical operation always involves the magician's mind or consciousness and intent, which utilizes all his psychic (mediumistic) faculties and directs its energy. Isn't that the same modus operandi as parapsychic phenomena?!

We have More than 5 Senses 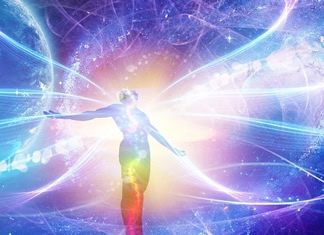 We have several senses, not just the five most known ones (sight, smell, taste, hearing, touch). It is often said that women have the sixth sense, but so do men.
The sixth sense is Intuition, all beings have intuition, we are not defined by our material body (gender, gender, female or male) because above all we are spirit.

There are many other extra-physical senses (some still little known by science), spiritualism calls them medianimic faculties, metaphysics and parapsychology gives them names such as: telepathy, clairvoyance, clearness, precognition, psychokinesis, clairvoyance, among others.
Some of these gifts are just "gifts," faculties, not all of them are felt. I mean by senses all the mechanisms by which we receive information or sensation (informative input), so psychokinesis is not a sense, it is a gift, because we externalize psychic energy influencing objects, (there is an output, emission of energy).

Clairvoyance is a kind of extrasensory perception (ESP) that allows us to see spirits, or other things outside the ordinary spectrum. Clarudience is also a sense, it allows us to hear sounds from other extraphysical realities, from supernatural beings or spirits. Clarasentience too. Precognition is a variant of intuition and psychic vision, we may know in advance future events but these insights manifest themselves in various ways (they may be thoughts, mental images being so clairvoyance, or intuitions).

The process of seeing spirits can occur through our "third vision" (pineal gland, Ajna chakra) ethereal vision with the soul's eyes, but perhaps our physical eyes also play an important role because science has found that our retinas have a protein (cryptochroma), we have cryptochromes CRY1 and CRY2. Which means that when we do exercises to develop psychic vision, we may also be unconsciously developing the ability of the eyes to see things that are ethereal, subtle (nonphysical). You see?

A study led by scientist Steven Reppert and published in the journal Nature Communications reveals that humans also have cryptochromes (in this case cryptochrome-2) sensitive to the earth's magnetic field. In the 1980s, a study by scientist Robin Baker of the University of Manchester in England concluded from experiments with thousands of volunteers that humans are actually sensitive to the earth's magnetic field.

Science has recently found us more senses, one of which is magnetoreception (which many animals like birds and bats, and some mammals have) the ability to sense the earth's magnetic field. Geophysicist Joe Kirschvink of the California Institute of Technology says that we humans inherited this faculty (magnetoreception) from our ancestors, but since we use little of that sense of orientation, he fell asleep. In my view, the most spiritualized and sensitive people can sense the presence of spirits through magnetoreception, because the spirits are also composed of energetic particles, an energy mass (although not material, as they have higher frequency) but cause oscillation in the air molecules, and energetic change, which we can feel.

We are all Interconnected, in many Ways.

Our brains operate at a frequency of up to 40HZ, just like the planet's Schumann frequency, the Schumann Frequency keeps us in tune. All our thoughts, desires, visualizations, actions are magnetically archived in an informational atmosphere surrounding the Earth (Noosphere, collective unconscious, Akasha, among other names), so we are also emotionally, energetically and psychologically linked.
Our Aura extends a few feet away around the body, aura is a biomagnetic field, also known as the Holochakra, our chakras radiate energy, and our etheric body too, the heart chakra is one of the largest energy field, the people around us interact with this field, and we with their field exchange energy with each other.

Our minds are interconnected, regardless of distance (even thousands of kilometers) in many ways: connected to the Noosphere, but also our non-local consciousness (nonlocality is everywhere and not in a specific point, our mind is omnipresent, holographic), so we are all one consciousness.

We also have mirror neurons, those that make us "feel" the emotions of others. They make us feel identified with characters in a movie, or when we see someone being hurt we feel their pain because we identify ourselves, but also because we have a nonlocal connection with people through the mirror neurons that are receptors to those nonlocal energetic connections.

It is the mirror neurons that allow us to send and receive mental waves (distant thought transmission, telepathy), and to influence mentally at a distance (remote influence, telepathy). People who feel the emotions of others are called Empaths, empathy is another kind of extra-physical sense. 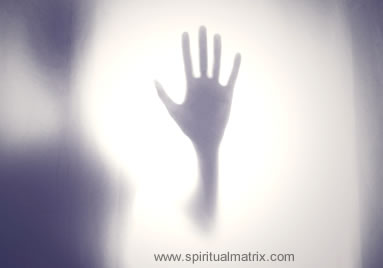 Paranormal Photos: When figures appear, strange entities in a photograph, but the photographer at the moment of the photograph did not see anything strange.
Spectral Apparitions. Figures, or shadow people.
Apport: Objects that disappear inexplicably. Attributed to the influence of spirits.
Poltergeist, Spiritual Possessions.
Orbs.
Paranormal Lights (marfa lights etc).
Haunted Houses/ Places.
Human Spontaneous Combustion.
Raps: Strange sounds of paranormal origin. Also called torybism. In Spiritism, when spirits communicate by sounds or clicks on furniture, floor, etc., this contact is called Sematology.
Bermuda Triangle: Despite many theories (magnetic vortexes, temporal vortex, UFO activity) this area of the Bermuda Triangle still involves mysteries without apparent explanation. Notice, I consider paranormal phenomena those that imply the intervention of supernatural entities. Therefore I did not mention parapsychic phenomena such as psychokinesis, telepathy, because these are phenomena caused by the extraphysical faculties of the human being and belong to the branch of parapsychology.
Some authors mix everything and call telepathy and clairvoyance as paranormal phenomena.
Some people wrongly categorize crop circles as a paranormal phenomenon, I prefer to include this in the Ufology branch, linked to extraterrestrials. This depends on whether or not we consider extraterrestrial beings to be paranormal. In fact, they come out of our normal range, some may be interdimensional. 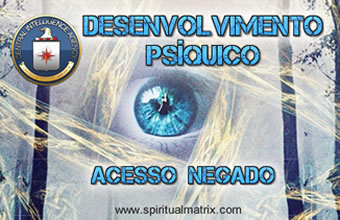 I find it intriguing how the FBI and CIA have revealed so many UFO documents, on the websites, under Freedom of Information (FOIA), whenever ufologists and researchers request, and pay $ for copies of the documents. But when it comes to extra-sensory perception research (the FBI and CIA have had several study projects on remote viewing, psychic espionage, telepathy) the CIA refuses to reveal documents because it considers them classified. In other words, are you more afraid to talk about psychic studies than to cover up the truth about UFOs?

The only reason that occurs to me is that they don't want people to discover that the power of the mind does exist, that we can all develop a sixth sense. John Greenwald, researcher and author of the famous website "Black Vault" usually requests classified documents, the site has thousands of documents, but when he requested documents on psychic development in September 2014, the CIA refused.

Here is the letter from the CIA in response: