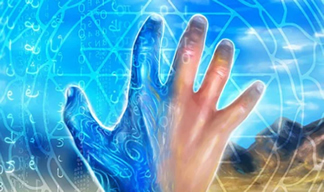 On this page I cover topics such as Many-Worlds Interpretation, Superstrings Theory, Holographic Universe, Simulation Hypothesis (holography cosmology), Cosmism, Matrix, Quantum realism among others. I am still preparing a book on the subject.

I often read texts on Quantum Physics. Some indicate that Quantum physics in recent experiments has shown that our reality is a hologram, but I think that despite suspicions, we should wait and look for stronger evidence. By this, I do not mean to say that reality is not holographic. I believe it is, but I know we need more time and research to find solid evidence. We are still in the theory phase, albeit scientific (hence the name of theoretical physics).

All experiments in Quantum physics have been on a microscopic scale. Our reality on a human level is macroscopic, so we do not know concretely whether micro-scale phenomena are equal on a macro scale.

Reality is the one you choose to believe.
It is your choices that define the path.
You decide whether to believe in illusions or truths.

Simulation theory proposes that reality is just a simulation and those who inhabit it are not aware of it.

Many scientists believe that the universe is a hologram (holographic cosmology, digital physics). Links: Here and Here. The most recent simulations done in Japan seem to support the idea that our universe is not three-dimensional but a holographic projection from a distant two-dimensional site.

The Universe does not exist as a three-dimensional space. It is rather an illusion; a hologram projected from a two-dimensional area somewhere on the far edge of known space.
The theory was proposed in 1997 by physicist Juan Maldacena, who created a model of the universe where gravity resulted from the vibration of tiny strings, which could be reinterpreted by the established laws of physics. Space, according to this String Theory includes nine spatial dimensions plus one of time and is a mere hologram.

Dr. Rich Terrile (astronomer and director of NASA's JPL Center for Evolutionary Computing and Automotive Design) believes that we live in a kind of simulation controlled by a Programmer (God). Simulation would be able to control billions of people simultaneously and without them realizing control. Another scientist who believes this is Nick Bostrom, head of the Oxford University Future of Humanity Institute.

In an interview for VICE magazine, Rich Terrile said that our conscience is magical and well-engineered not to be the result of a computer simulation. He still believes that within thirty years it is already possible to transfer human consciousness to a machine using the reverse engineering of our brain or evolving circuits to the speed of our synapses. 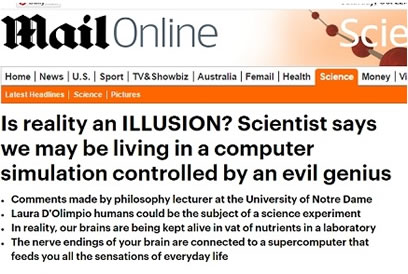 In Hinduism they refer to the world of illusion as Māyā; in fact, the world being an illusion does not indicate that it is not real, it is, but our perception of reality is that we become mistaken or we interpret certain illusions as realities. Maya is our deluded perception of the world around us. Another term we can use is Matrix, this reality can be a sentient holographic construct (Matrix, Gaia the spirit of the Earth, Anima mundi, among other names).

In the Universe were discovered energy lines (energy megastructures) linking galaxies with each other, which exhibit synchronized motion, there is a light and information network in the Universe, a Matrix... Link: Astrophysical Journal. These energy and information lines need a medium to move, it is the aether, there is no emptiness but a sea of ethereal energy in the cosmos, but this ether is conscious, Ron Pearson called it I-ether (Intelligent Ether ).
So more and more evidence is emerging that we live in a Holographic Universe, a Holographic Matrix.

Beyond reality, time itself can be an illusion, that is, it is dependent on our perception, we feel time flowing linearly from the past to the future, yet it is our perception that interprets time in this way. Time is holographic, fractal and simultaneous, some physicists argue that past, present and future exist at the same time and there are still alternative timelines and branches.

Another phenomenon is retrocausality, when future events emanate vibrations that come toward our present and alter events, create synchronicities, retrocausality is when the future alters our present. As you may have noticed, time is something more complex that we understand and the concept we have about time depends on our limited perception.
On vibrationally higher dimensions (spiritual planes) time flows faster, perhaps because there is less entropy. Here on Earth it can be thousands of human years, whereas in a spiritual world this would be just a few hours. In a dream we can live several experiences and the action seems to have developed for many hours, but in fact we only sleep for ten minutes. In theoretical physics they mention that time can be a succession of frames.

In the Matrix Trilogy Morpheus said that many people cannot, or do not want, to wake up from the Matrix. We can see this in real life, if you try to explain a conspiracy theory to someone, that person reacts with fear, or anger, still criticizes you or gets upset with you. People do not accept waking up from the Matrix due to their cognitive dissonance: If a new belief conflicts with that person's old belief system and perceptions, an emotional conflict arises and the new belief is simply rejected. In other words, the person does not accept to uninstall his old programming due to a new input.

The Universe is made of Information? 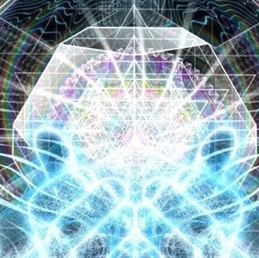 What is the universe made of? Matter?
Dark matter, energy, vibrations?

According to physicist Vlatko Vedral, our Universe is made up of information.
According to him, if we break the Universe into tiny pieces what would be left in the end would be bits. Yes, these bits of information similar to those of the computer.
A bit is the smallest piece of information, representing the distinction between two binary possibilities (yes or no, true or false, zero or one, and on).

The word bit refers to the physical information storage unit of your computer, a bit is registered by a tiny magnet on one of the poles of your memory drive. At this tiny scale, the universe would be controlled by the laws of Quantum physics.

Quantum supercomputers that can read qbits, that is, quantum bits, can understand information using quantum laws.
That is, while a bit can say yes or no, a qbit can say yes and no at the same time.
That's why quantum computers can solve problems that normal computers don't understand.
In his book Vlatko argues that we should view the Universe as a huge quantum computer.
It may seem like something beyond, but he has the scientific basis to state it.
Physics shows that electrons can store bits of information. So scientists now focus on trying to figure out how the Universe translates this recorded information on such a small scale.

Another curiosity; the theoretical physicist James Gates jr (from the University of Maryland) in studying superstring theory found in equations a kind of space-time error correction codes.
He called them Adinkra codes. 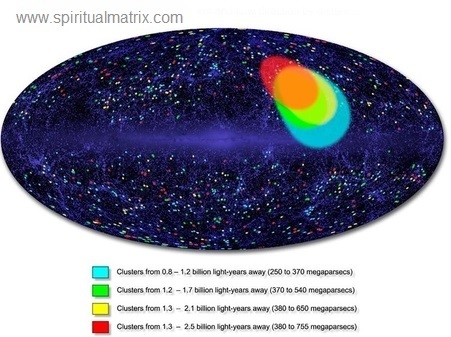 Scientists at the Goddard Space Flight Center (at NASA), led by Alexander Kashlinsky, found something immeasurably massive just beyond the borders of our observable universe (we can only see 4% of the Universe, the rest is for us, dark energy).
We cannot see what this massive force is, but we know it is there, because that "thing" is sucking parts of the universe into itself.
In the diagram of the sky that NASA made, the colored areas are being sucked into something so far away that we can't see and so powerful that we don't understand. Scientists called this dark flow force, it seemed the most appropriate name.

So, what is this dark flow?
It is an astronomical phenomenon that may indicate the existence of parallel universes. Alexander Kashlinsky, a NASA astrophysicist, observed that a group of galaxies is moving between the constellations of Sagittarius and Hydra. According to him, the Universe has an expansion limit, which is 45 billion light years from Earth, and that border may be an interface with another universe.
Source: NASA 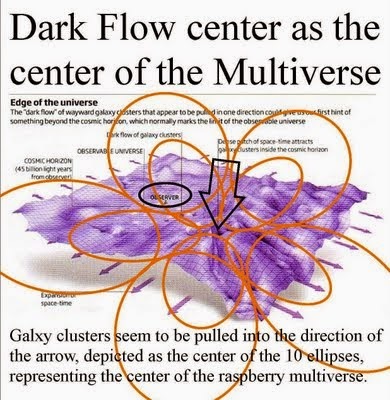 Could this be the evidence that the Universe is a holographic projection?

The theory of the Universe as a hologram was proposed by physicist Juan Maldacena, in 1997, and was recently confirmed by mathematical models developed by Japanese researchers.
With the title «Simulations back up theory that Universe is a Hologram» the article in the "Nature" magazine reveals that now the holographic model may be correct.

Juan Maldacena suggested that the universe exists in nine dimensions of space and one of time. According to the theory, the gravity of the universe derives from thin vibrating strings, which would be sequences of the hologram of events that occur in a simple and flat universe.
The holographic principle states that, as on a credit card security chip, there is a two-dimensional surface that contains all the information necessary to describe a three-dimensional object, in this case it would be our universe as an example.

The principle states that data that contains a description of a volume of space, such as a man or a comet, can be contained in a flattened region, which would be the "real" version of the universe.

This "real" universe stores objects as "memory" or a fragment of data, instead of a physical object of existence. In other words, everything we see around us is a mere projection.