Meditation with each chakra crystal 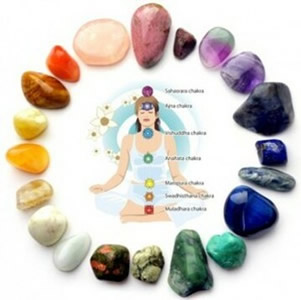 Crystals have different colors and different vibrations, and are associated with the seven major chakras. Crystals are conductors and amplifiers of energy, since the atoms that compose them are in perfect harmony, allowing the manifestation of light in solid form.
Its use by science is well known, including in the manufacture of optical fibers, computer chips, watches, etc.

Meditate for at least 10 to 20 minutes.
To begin, place the crystal on the limb or between the hand and chakra.
Sit in a comfortable position.
Relax your body and breathe slowly and deeply.
Watch the crystal in detail for a while, until you can close your eyes and mentally "see" it in every detail. Keep breathing deeply, erasing all thoughts that flow inadvertently.
When you have reached a reasonable level of relaxation, "see" the crystal in your mind.
Hold this view for 7 seconds.
Let the crystal grow within your imagination to the size of a mountain.
Once the crystal reaches this size, imagine walking on its surface and exploring it.
Not only explore the exterior but also the interior.
Sing the mantra of this chakra.
Once you are done with your explorations, return to your starting place and count again from 1 to 7.
But this time, look at the crystal at full size.
Take a few deep breaths and return to the conscious state again.
Open your eyes. 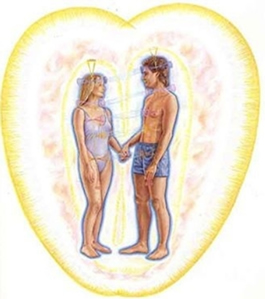 Literally Aura is an "Atmosphere" of biomagnetic energy (prana, sekhm) around our body, emanating from our body and the chakras (Arats). It is believed to be formed by a kind of ion field. The aura also contains information about us, such as an Akasha mini-field. The Greeks called it Pneuma, Sufists called Nama, Egyptians called Ka or Halaat.
Other names: Biofield, Energy Matrix, Odic Field, Energosome or Holochakra.

What are his properties?

The main function is to serve as a force field (protection) it emits yang (active, repulsive energy), to keep certain energies and entities at a distance and to "filter out" any unwanted energies that approach us. In addition the aura is also an informational field, it contains magnetically stored memories and images of all our lives, this energy field emanating from the etheric body and chakras is also called the holochakra, and contains the holomemories of our being.

Whenever we interact with another person, there is an energetic exchange between our auras. Sensitive, psychic people can see certain images in our aura, or feel vibrations (information) of our aura, which reflect our mood, our vibration as a person (positive or negative), our mood, etc.

The aura reacts to our thoughts and intent.

Basically in this text I wanted to address some of the properties of the human Biofield ... It could address methods of looking at the human aura, I could talk about gaps in the aura and energy debris, but it would be a much more complex and extensive text.


How to Desintegrate Karma 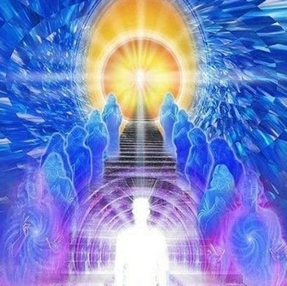 First I must emphasize that karma is not exactly punishment but the law of action and reaction.

We can say that karmic energies are an aspect of the law of cause and effect, these energies are attracted to us and we resonate with them, due to actions we have done in the past.

Start by changing your Vibration:

Regret of past mistakes, apologize for mistakes you may have made in past lives, even if you obviously don't remember. The important thing is the feeling of redemption, of change.
The universe always watches.

Heal your past, make creative visualization, relive past moments and imagine them different, stop feeling grudge or anger, forget less good memories.
React old ties between friends, family, ex-boyfriend apologize, try to reconcile those ties. Such people will feel moved, whenever they think of themselves they will be emitting a more positive energy about you. In short you will be transmuting the kind of energies that will come to you.
This is karma transmutation. 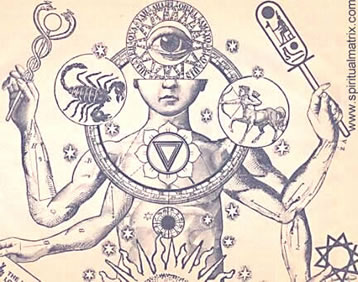 As a matter of curiosity, I present a list with the names of practitioners of some religions or magical systems. I underline that; It is not the name of these religions or systems, but their adepts: