The law of intention 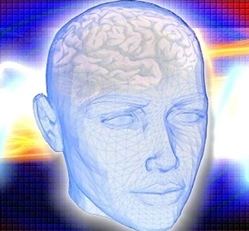 All intentions and desires contain their own possibility of realization in the field of pure potential, intention and desire have infinite organizing power. When we introduce an intention into the fertile soil of pure potentiality, we put that infinite organizing power to work for us.
In the beginning it was desire; which was the first seed of the spirit, the wise men, meditating from the bottom of their hearts, discovered with their knowledge the connection between the existing and the non-existent.

On the material plane, both the human being and the tree are made up of the same recycled elements: basically, carbon, hydrogen, oxygen, nitrogen, and other elements in smaller quantities. You could purchase these items at a hardware store for little money.

Our body is not separated from the body of the universe, because in the plane of quantum mechanisms there are no well-defined boundaries. We are like waving lines, waves, assessments, convolutions, eddies, disturbances located in the immense quantum field (the universe), which is an extension of our body.

The human nervous system not only recognizes the information and energy of its own quantum field but can also consciously modify the content and information that its physical body originates, since human consciousness is infinitely flexible, due to its wonderful nervous system.

We can consciously change the information and energy content of our own quantum mechanical body and thus influence the energy and information content of the extent of our body - our environment, our world, and cause things to manifest. This conscious transformation takes place through two qualities inherent in consciousness: attention and intention.
Attention transmits energy and intention transmits form.
We attach strength to all the things in our life to which we apply our attention.
The things to which we do not apply our attention weaken, disintegrate and disappear.

The intention, in turn, triggers the transformation of energy and information.
It organizes its own realization. The quality of the intention applied to the object of attention orchestrates an infinity of spatio-temporal occurrences that lead to the intended effect, as long as we follow the other spiritual laws of success. This is because, in the fertile ground of attention, intention has infinite organizing power.

This organizing power means the power to organize an infinite number of spatio-temporal events, all simultaneously.
We can see the expression of this infinite organizing power in every blade of grass, in every apple blossom, in every cell of our body. We find it in everything that is alive.
In the system of nature, all things are connected.

Nature is a symphony. This symphony is orchestrated in silence on the primordial plane of creation. The human body is another good example of this symphony.

The nervous system of the human species has a remarkable characteristic, a being capable of commanding infinite organizing power, through conscious intention. It has infinite flexibility.
In other words, if we do not violate the other laws of nature, through intention we can literally command the laws of nature, in order to fulfill our dreams and desires.

We can put the cosmic computer, with its infinite organizing power, to work for us. We can enter the primordial field of creation, introduce an intention into it and just because we have introduced that intention we are activating the field of infinite correlation.

Intention is the basis for supporting the easy, spontaneous and current flow of pure potentiality, seeking the manifest to express the non-manifest.
Our only care should be to use the intention for the benefit of the human species.
This will happen spontaneously, if we comply with the seven spiritual laws of success.
Intention is the real power behind desire. The intention, in itself, is very powerful, because it consists of the desire, without the concern of the result.
The desire, in itself, is weak, since for most people the desire consists of attention linked to worry.

It constitutes an eternal field of possibilities for the manifestation of abstract forces, whether it be light, heat, electricity, magnetism or gravity. These forces are neither in the past nor in the future. They just are. Our interpretation of these abstract forces gives us the experience of the concrete form and phenomenon.

The intention, based on this carefree freedom of the present, serves as a catalyst for the correct mixture of matter, energy and spatio-temporal occurrences, in order to create everything you want.
If you have a knowledge of the present centered on life, the imaginary obstacles, which make up more than ninety percent of the known obstacles, disintegrate and disappear.
The remaining five to ten percent of the known obstacles can be transformed into opportunities with a directed intention.

Directed intention is the quality of care that is characterized by the uncompromising firmness of its objective. It means that we apply our attention, in the sense of obtaining the result we desire, with a firmness of objectives so inflexible, that we absolutely refuse any obstacle that can consume and dissipate the focused quality of our attention.
In our conscience, there is a total and complete exclusion of all obstacles.
We are able to maintain an unshakable serenity, at the same time that we commit ourselves to our goal with an intense passion. This is the simultaneous power of detached knowledge and focused and directed intention.

Learn to harness the power of intention and create everything you want.
You can also get results, through great effort and suffering, but this has costs, which can range from stress to heart attack, or to the impairment of the functions of your immune system. It is much better to comply with the following five rules of the law of intention and desire.

Following these five rules to fulfill your desires, intention will generate its own power:


1 - Slide through the opening.

This means concentrating on the silent space between thoughts, entering the silence - a level of Being that constitutes your essential state.

2- Once you are established in that state of Being, release your intentions and desires.

In the opening itself, there are no thoughts or intentions, but when you leave the opening, at the junction between it and a thought, the intention is introduced.
If you have several goals, write them down and focus your intention on them before entering the opening. If you want a successful career, for example, enter the opening with that intention and the intention will already be there, like a faint light of knowledge.
By releasing your intentions and desires in the opening, you are planting them in the fertile soil of pure potential, expect them to flourish when the season arrives.
You should not dig to see if the seeds of your desires are growing, nor should you get too attached to see how they will develop. The only thing you have to do is release them.

3 - Stay in the self-referral state.

This means that you must remain in the realm of knowing your true Self - your soul, your connection to the field of pure potentiality.
It also means that you should not look at yourself through the eyes of the world, or let yourself be influenced by the opinions and criticisms of others.
A good way to maintain this state of self-reference is to keep your desires to yourself; do not share them with anyone else, unless they are people who have exactly the same desires as the reader and are very close to you ...

4 - Give up worrying about results.

This means that one should not be too attached to the expectation of a specific result, but to live with the knowledge of uncertainty. It means that you should enjoy every moment of your life, even if you don't know the results.

5 - Leave the details to the care of the universe.

Their intentions and desires, once freed, have infinite organizing power.
Trust in the infinite organizing power of intention. He organizes all the details for you. Remember that your true nature is pure soul. Always keep your soul conscious wherever you go, gently release your desires, and the universe will take care of the details for you.
I will not let any obstacles consume and dissipate the quality of my attention in the present moment.
I will accept the present as it is, and let the future unfold through my deepest desires and intentions.

Positive results will return to you, following the natural laws of the universe. 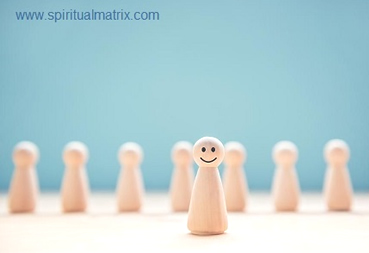 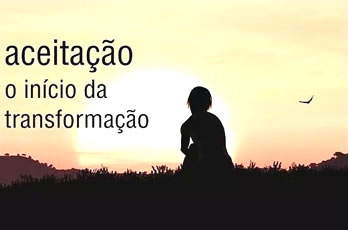 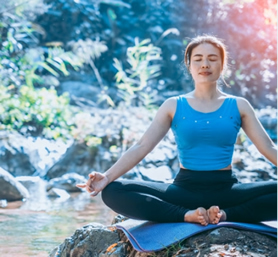